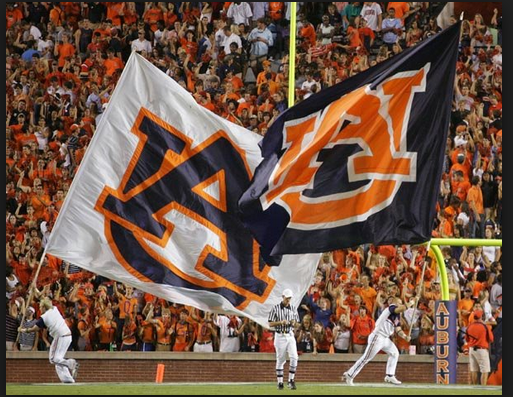 Chris Brymer is the son of one my dearest friends of all time.  He is also a great writer and huge fan of AU football, therefore, I am one of his biggest fans.  Enjoy his article on AU history.

There are six power schools in the SEC. Five of those are considered to be the state university: Alabama, LSU, Georgia, Florida, and Tennessee. Auburn is the other one. Every conference title since 1976 has been won by one of those six programs. Kentucky shared a title with Georgia that year. The last outright title not won by one of the big six? Ole Miss in 1963.

For some reason national writers seem perplexed when Auburn wins big. When Alabama, LSU or Florida wins championships, it’s expected.  A look back over the recent history of SEC football would surprise many, even the most ardent supporters of the Plainsmen.

Could it be, because unlike other institutions and their fan bases, Auburn men and women count only on what we have earned?  Success being a birth right goes against the creed we hold dear.  Only hard work and commitment coupled with the belief that anything is possible allows for dreams to come true.

This year’s team has embraced the Auburn spirit and rallied around one another to prove the doubters wrong once again.  They worked hard and dedicated themselves to achieve what only their minds could conceive.  They truly are a team of destiny. They believe in themselves, their destiny they knew, do they have the stuff to make their dreams come true?

If their dream, “our dream” comes true tonight, will the perception of  “the loveliest village on the plains” change? Will it be what we have always known it to be? I hope so, because all we do is win, win, win.