How to Decorate a Cocktail Bar for Fall 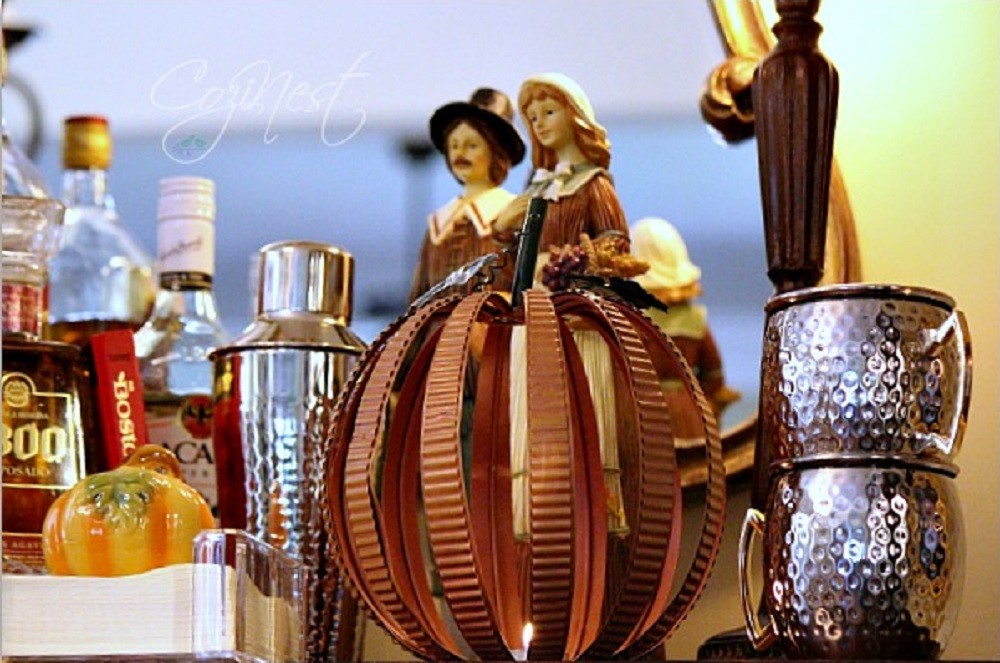 Day 10 of 31 Days of Tabletop Decorating:  How to Decorate a Cocktail Bar for Fall

Nothing says Fall quite like a piece of apple pie with vanilla ice cream and caramel sauce. Unless, you add a jigger of rum and blend it all in the blender.  Dessert and cocktails all in one. But before you whip out the blender, let’s get ready for the party.  Here’s a few tips on how to decorate a cocktail bar for Fall. 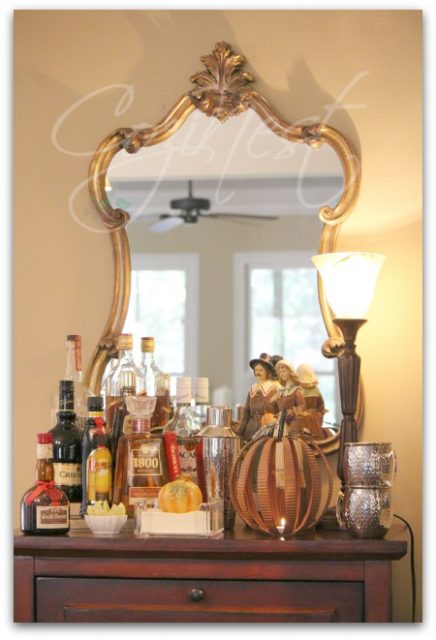 Use a riser to set up your liquor choices. 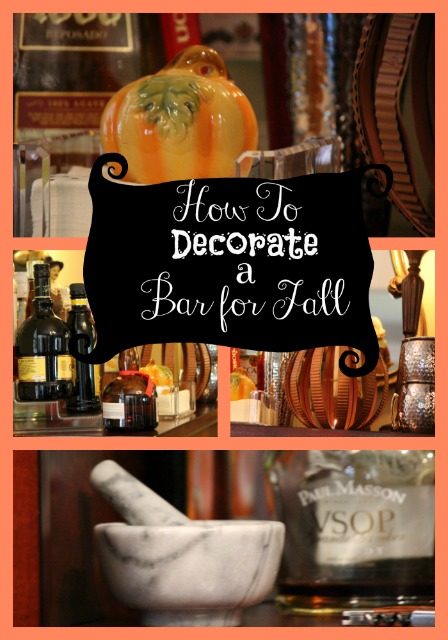 The piece of furniture we use as a bar is fairly small, so this setup would work great in a small apartment or condo.

Basic Essentials for Setting Up a Cocktail Bar 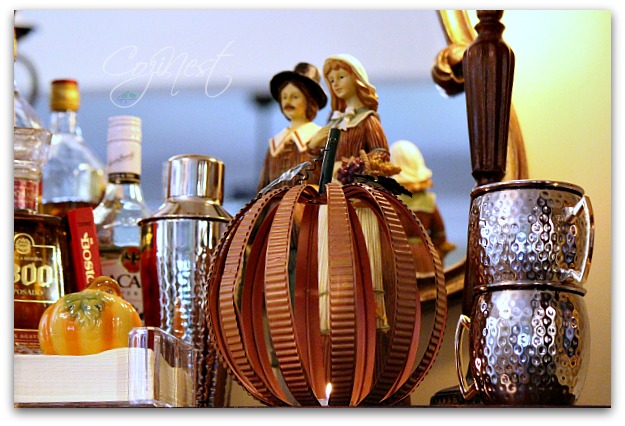 Add a martini shaker, a few fall decorations and cocktail mugs. These are my new favorite additions to our barware. They keep our drinks cold and hands dry. I love having handles on a cocktail “glass”. 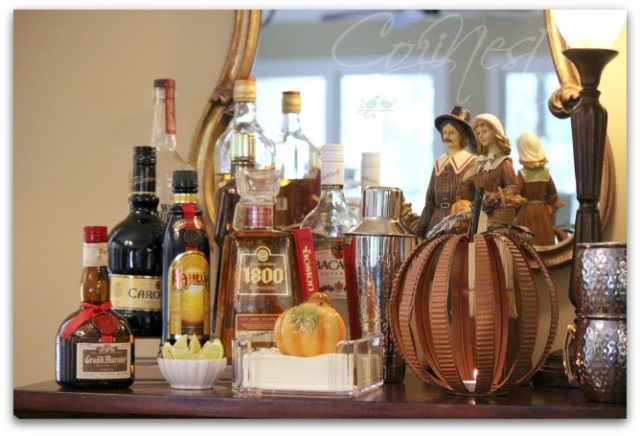 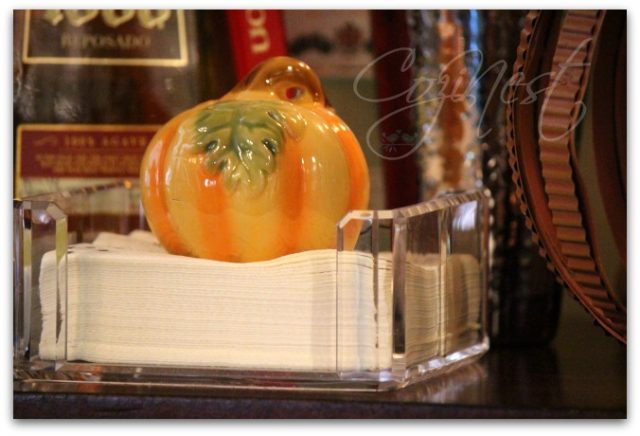 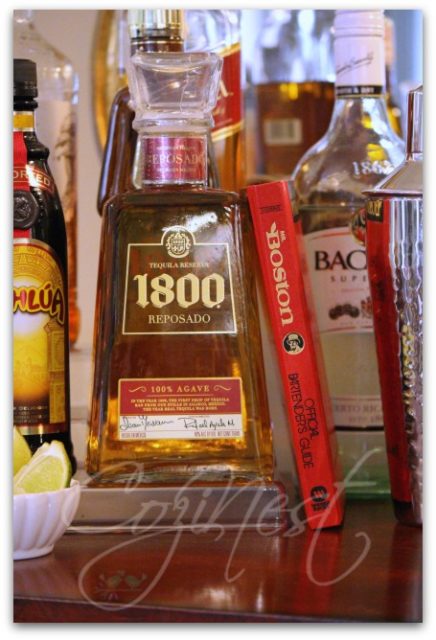 A bartender’s guide to help with recipes. 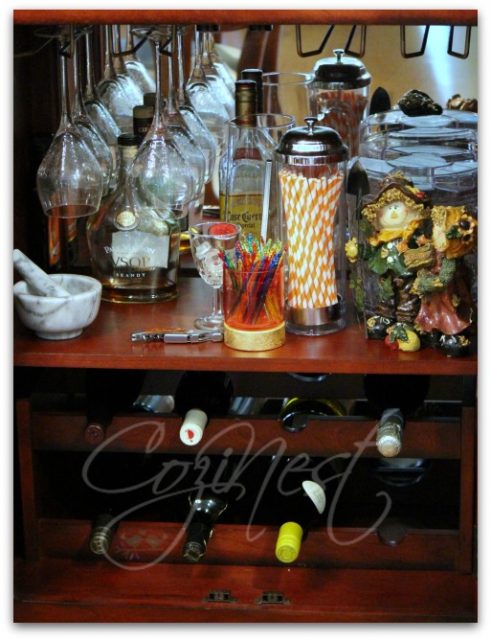 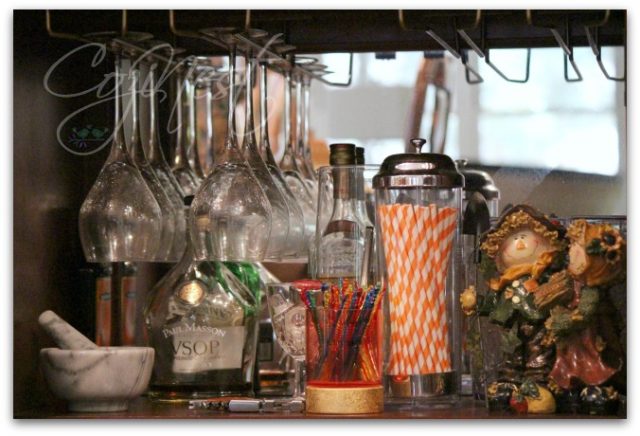 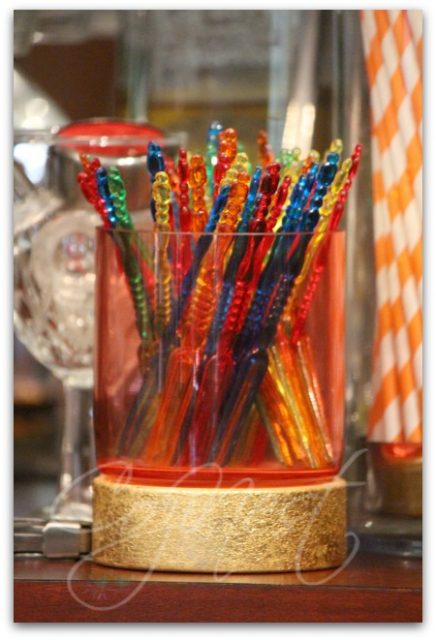 Using skewers for garnishes keeps everything neat and tidy. It also makes enjoying the garnishes much easier. No fishing for cherries!

Now back to the Apple Pie Cocktail. I will warn you about two things. It is very sweet and I would do one thing different next time. I adapted this recipe from one I found at Paste Magazine and while it is very good, I would like the texture better with one minor change. Where the recipe calls for apple pie (yes, a baked apple pie that you put in the blender), I would simply use Apple Pie Filling without the pie crust.

Here’s the recipe as it was on Paste:

Place all in blender and blend until smooth. Add whipped cream for garnish as desired. 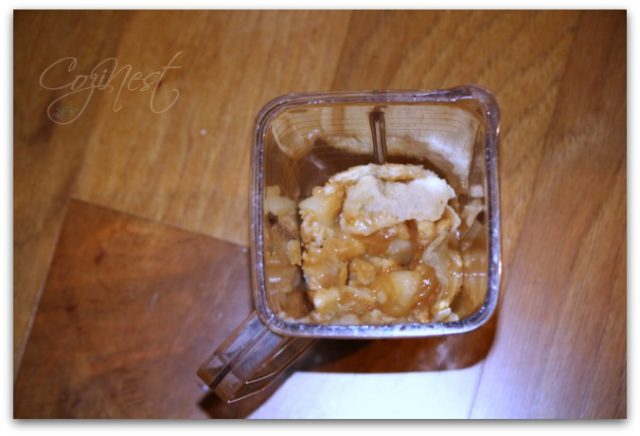 Since this was only for two people, I baked a mini Marie Callender’s Apple Pie as directed on the package. 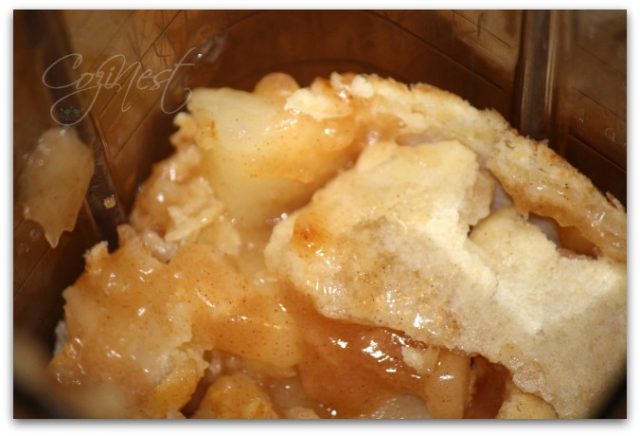 I removed as much of the crust as I could, but it was still too much for me. 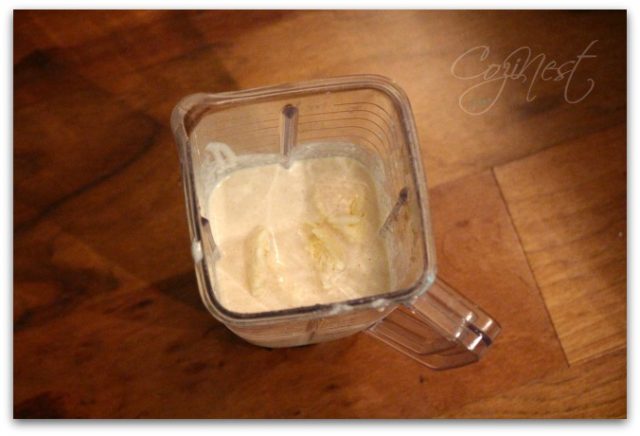 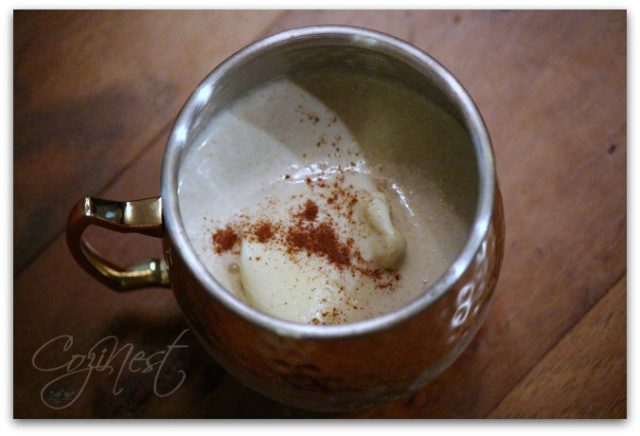 For two servings, add 2 ounces of rum. Add whipped cream and a sprinkle of cinnamon. 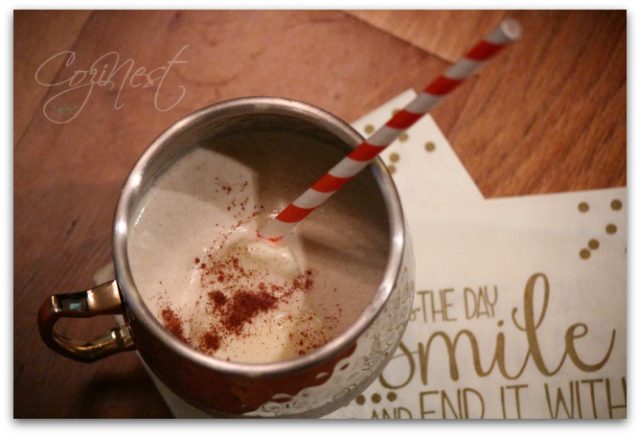 So, here is how I would alter the recipe:

Here’s to a cheerful Fall, y’all!

Share it One More Time | The Pin Junkie | Anything Blue