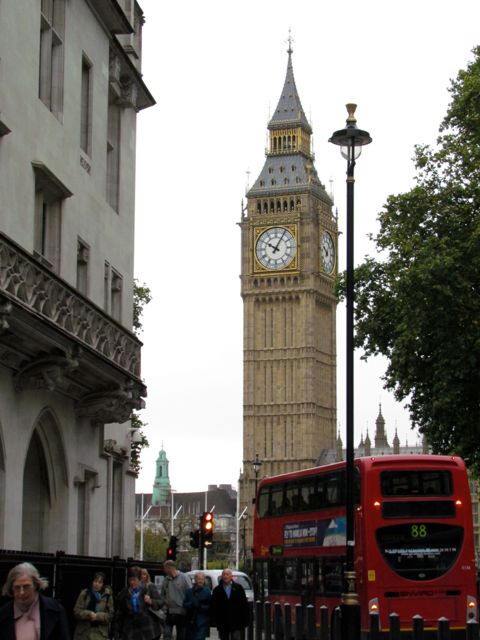 Our days start early. Breakfast is served in the Grange Tower Hotel Dining Room and is the first of eight typical English breakfasts. Each morning, we are greeted with fried and sometimes scrambled eggs, bacon that is more like American ham, sausage links, roasted tomatoes, steamed mushrooms, fruit, toast, yogurt and cereals. I didn’t see one bowl of grits.

After our hearty breakfast, we load our bus and head off to see the city of London. Pinch me.

We are greeted by the sweetest little tour guide on the planet. Her name is Jan and she tells us all about the sites in the perfect English accent.

We never lost her in the crowd, although she was only 4’10. Her yellow coat and green hat stood out in the midst of a cold, dreary morning.

We had a few minutes for photos at some beautiful and significant places.

Unfortunately, my camera battery died and I only got photos of the Lord Mayor’s flotilla with Charlotte’s camera.  It was a historic day as this is London’s very first woman Lord Mayor. When I get her photos, I’ll share them, too.

After a quick lunch from a deli and shopping at Harrod’s, we saw the hilarious play, Spamalot at The Playhouse.

Our dinner was very special. Recommended by the hotel concierge, we searched the area until we found, The Dickens Inn. We each had the ribeye except for Wilma, who had chicken. Paul chose a delicious Malbec to pair with our ribeye and it was very fitting to have a meal in London at the Dickens Inn. Charles would have been proud. 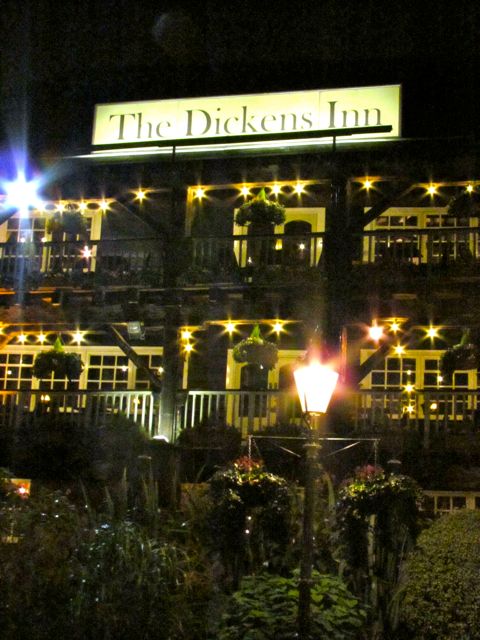 After another long, but very fun day, we ended with a nightcap in the hotel lounge before bedtime.

A nice Chablis was chosen and we had fun reminiscing about our day before a quick nap.  Bags out at 7 am!

One thought on “London City Tour”