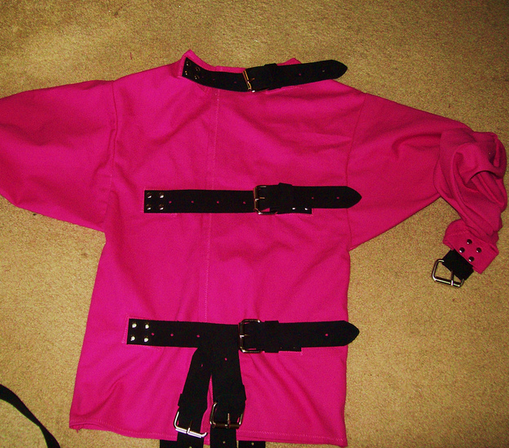 A funny thing happened as we traveled over the river and through the woods for our Thanksgiving feast last week. We approached a traffic jam and I, being the helpful wife that I am, instructed my hubby-do, that he could get through the jam by following my finger pointing. The debate that followed was a clash of personalities which ended in one of us cracking up.

I suggested he go through.

He said, “No way. I’m not taking any chances on scraping this car.”

“But you have room, you won’t scrape the car,” I insist.

He says, “Forgive me if I’m a little paranoid with this car.” (It has had it’s share of scrapes and scratches. Poor Lexi.)

That statement led us into the wilderness. We launched into a discussion about paranoia and whether it’s a good thing or not. Hubby-do says that a little paranoia is a good thing because it produces cautiousness.

Well, according to Mental Health America, “symptoms of paranoia and paranoid disorders include intense and irrational mistrust or suspicion, which can bring on a sense of rage, hatred, and betrayal.” Thank goodness, this does not describe anyone in our car. If it had, I might be telling a story of road rage, divorce or murder. By the way, did you know there is a creek off of I-65 in Alabama named Murder Creek? It wasn’t a river, but we drive right over it every time we visit our family.

Anyway, I am the one who cracks up. Once hubby-do makes the comment that paranoia is a good thing, I reply, “oh no it’s not, that’s why it’s called ‘par-anoy-ya’; because it annoys everybody else!” Of course, I was just trying to be funny, and I cracked me up. My giggle box got turned over and eventually we were all laughing. But, as I began to write today’s post, I set my giggle box upright:

Some people suffering from paranoid personality may have a high capacity to annoy or enrage others because of rigid and maladaptive behavior. Some identifiable beliefs and actions of paranoid-related disorders include mistrust, taking offense easily, difficulty with forgiveness, defensive attitude in response to imagined criticism, preoccupation with hidden motives, fear of being deceived or taken advantage of, inability to relax, argumentative, abrupt, stubborn, self-righteous, and perfectionistic. (Mental Health America)

People do annoy me at times. I can get defensive with criticism. I hate to be taken advantage of. I was certain he had room to get through that traffic jam and said so rather abruptly. My mother says I’ve always been very stubborn. It would not be polite to call myself a perfectionist.

My straight jacket is on order. I wonder if they come in pink?

One thought on “Paranoia – Good or Bad?”