People argue in public. People need hotel rooms instead of movie theatre seats. People wear clothes that don’t fit their bodies. People do things that make you watch them! It’s one of my favorite pass times… I am entertained by watching people at the beach or the local mall and imagining what their lives are like behind closed doors if what they are doing in public is “normal.” It’s like the People of Walmart site, where you see a whole lot more than you bargain for – even at Walmart!

Mr. Cozi, on the other hand, is more of an environment-watcher.  For instance, when we are at the beach he likes to soak up the sun, gaze at the horizon and enjoy the waves. He names and talks for the seagulls as they strut across the sand and is mesmerized by the dolphins playing in the surf. Then a woman in a skimpy bikini walks past us. He is so easily distracted. I wonder if he names her and talks for her as she struts down the shore? 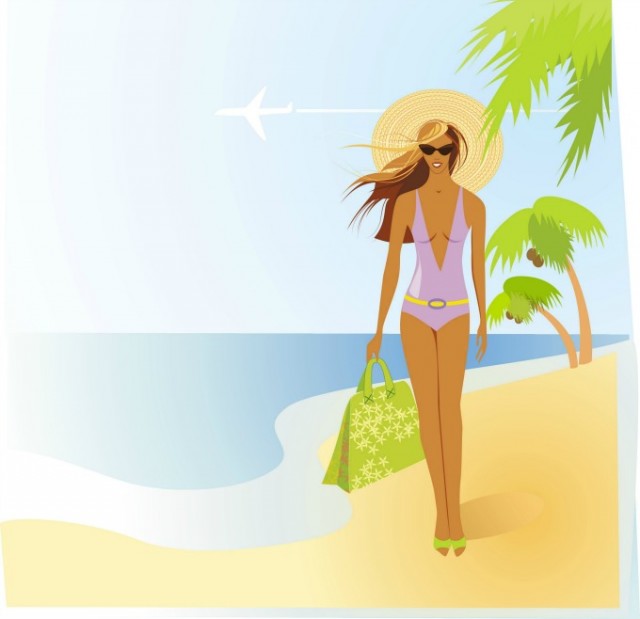 He doesn’t seem to pay as much attention, tho, when I point out an obvious “Bubba.” You know the one with his belly hanging over his speedo? We are living in an era now that says anything goes. Let’s love every body shape. The fashion world has been criticized for using only size 0 models and not “real women,” but does this mean that we toss self-respect, and even self-awareness out with the trash? Could we not at least recycle a little dignity and consideration for the sight we present to the world? I’m no longer a size 8 either, but I am completely aware of the body parts that now need to be covered to save me from embarrassment. And I do have a great deal of respect for Mother Earth and her inhabitants.

A male friend of ours said it best at dinner one night. This is a man who loves his woman, hunting the wilds of Africa and deep sea fishing, along with two fingers of bourbon on the rocks before dinner. An older woman sat near us who was showing too much cleavage and he covered his eyes as he said,

“What is she thinking? NObody wants to see that!”

The number of people that present themselves for watching has increased substantially. Too much reality television? Too many selfies? Too many muffins? I’m not sure why the number of watchable people has increased so much over the past few years, but I have to add that if we were say … watching people of Saks… or people of Barney’s, the sights might be more appealing, but not near as much fun! And… what would we have to talk about if couples watched the movie and argued at home? Or.. if we were all Crepe Suzette’s and there were no Baked Alaska’s?