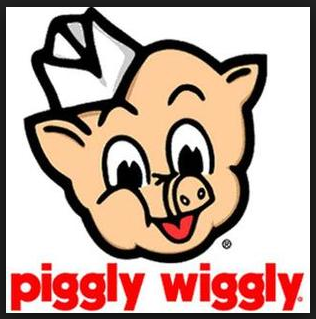 Why do we have such a love/hate relationship with our grocery stores? According to Al.com the beloved Piggly Wiggly of Crestline Village in Alabama may be re-opening its doors soon. Locals may recall that on November 2, 2013, it was assumed this store would be closing its doors forever due to differences between the store owner and their landlord. Well, now it seems there may be a new deal in the works and the Pig is on it’s way back.

There was a community outcry in the fall trying to “save the Pig.” The residents of Crestline loved their Pig and they were crying woe, woe, woe all the way home from town gatherings and council meetings. CVS has now signed a long term lease with the landlord and plans are in the works to move to the former Piggly Wiggly site. And there is also a rumor (confirmed on al.com) that Piggly Wiggly will be moving to the former CVS site. Sounds a bit like a big bad wolf has been chasing pigs all over town.

Hopefully, the Pig will soon be all secure in a brick building and residents can begin planning a big celebration soon. And not long after, we will settle into a shopping routine again. It won’t take long before we begin to grumble when we forget our lists, or when the store decides to reorganize the aisles. Then we’ll go home with our “red pig bags” and gripe again when we realize there was more room on the grocery shelves than in our pantry.

Five minutes later, when all is put away and we realize the one item we needed for our Beef Wellington is still on the store shelf, we’ll climb back in the car, huffing and puffing, as we blow through town to purchase our puff pastry. We’ll walk into The Pig and a neighbor will speak. We’ll chat about how happy we are that The Pig is back and a nice young man will sincerely offer to take our one bag to the car. We’ll smile and sing, wee, wee, wee all the way home. And it’ll be ok if we change our mind and boil wolf for dinner instead.

3 thoughts on “The “Pig” is Returning”