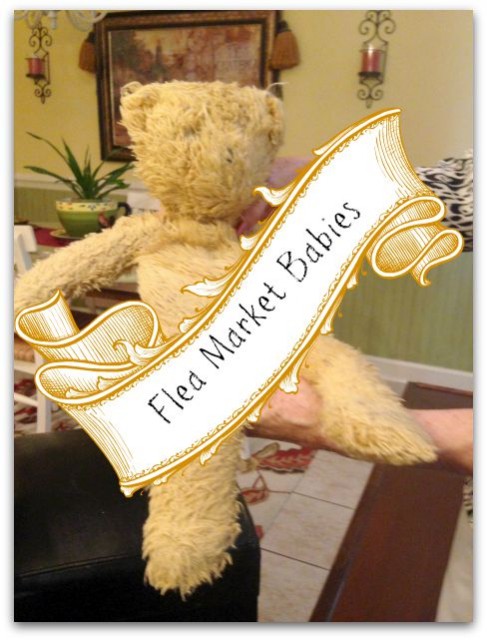 It was suppose to be a Sunday afternoon drive for a mother and her daughter. But, one stop into a dusty, make-shift flea market changed everything. She held her daughter’s hand, not wanting to get separated as they walked up and down the aisles of the weekend market.  She picked up a dinner plate and turned it over to recall the pattern name. Merry Mushroom. It made her smile to think about the number of meals she had eaten on these dishes and not realized that the mushrooms were so merry.

They wandered down the next aisle and watched as a young woman picked up a plastic baby bottle with an old-fashioned brown nipple and white ring. “You don’t see these things anymore,” she said to her friend. Her daughter looked up at her mother and asked, “Did you feed me bottles like that?”

She could almost smell baby powder in the air. And then she saw him. Sitting in his stroller was a rosy-cheeked, blue-eyed baby boy with a haircut that reminded her of Andrew. Her daughter ran to pick him up as she exclaimed, “Oh Mother, isn’t he cute? And don’t you think he looks a lot like Andrew?” Her mother nodded and answered that Andrew’s cheeks were rosier.

As the market owners began to put away their wares and close up for another week, the two made their way to the car.  Seat belts were buckled and the next stop was an ice cream parlor about 5 miles up the road. It had been a great day, but she just couldn’t bring herself to put the car in drive. She gave quick instructions to her little passenger that she was not to move and jumped out of the car.

As she came out of the flea market this time, the squeals from the passenger seat could be heard at the ice cream parlor. She opened the door and placed the baby boy in her lap. There were tears. She knew she had changed a life, changed an attitude and given new meaning to the term “playtime.”

After a sundae and chocolate shake at their favorite ice cream shop, she drove up the hill and found their usual parking spot. She hopped out and pulled the walker from the trunk. They made their way inside and everyone began to ask about the baby. Beaming from ear to ear, she joyfully told them all, “my daughter bought him for me at the flea market.” 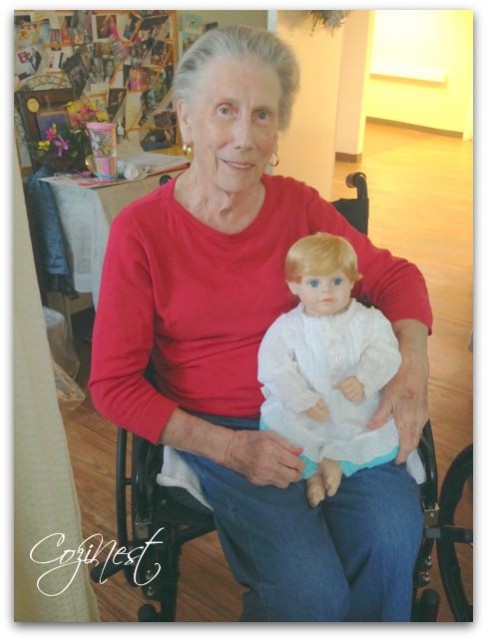 Disclaimer: I have taken a little license with the telling of this story, but the moral is this… If you are looking for gift ideas for elderly living in nursing facilities, consider a doll or a teddy bear. You will be giving them something to cuddle, something to snuggle and a reason to huddle in the hallway. 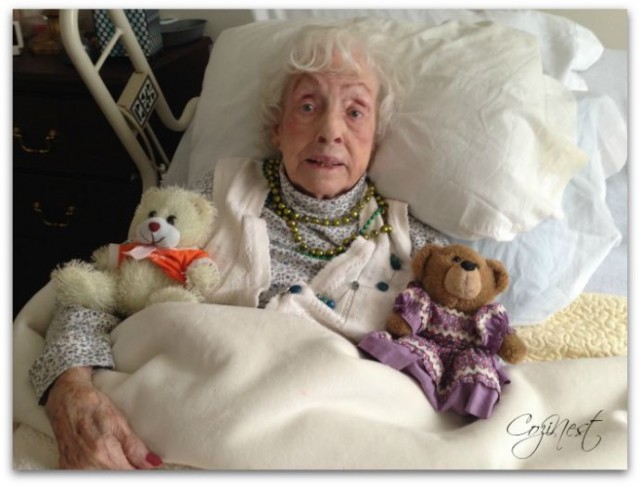