My featured recipe this week is Pork Chops – Shepherd’s Style? I have to get something off my chest before you venture further into this recipe. Shepherd’s Pie is and always has been made with lamb or mutton. A “cottage pie” is made from beef, so I had to do some research to determine why this recipe is called “Shepherd’s?” The only thing I can find is the fact that potatoes are involved, and it sounds better than Pig-Raisers Style.

And in case you are wondering, Shepherd’s Pie has been around since the Middle Ages and is named such due to it being eaten regularly by shepherds. Here in the states, any “pie” that has leftover meat, vegetables and potatoes is referred to as a shepherd’s pie. I’ve decided that the next time I prepare this with beef, I will correctly name it “Cowboy Pie,” because I just don’t get that “cottage” thing either.

Whatever you call it, Lidia’s recipe from Lidia’s Italy serves 6, but I’ve cut it down to two servings just for my fellow empty nesters. 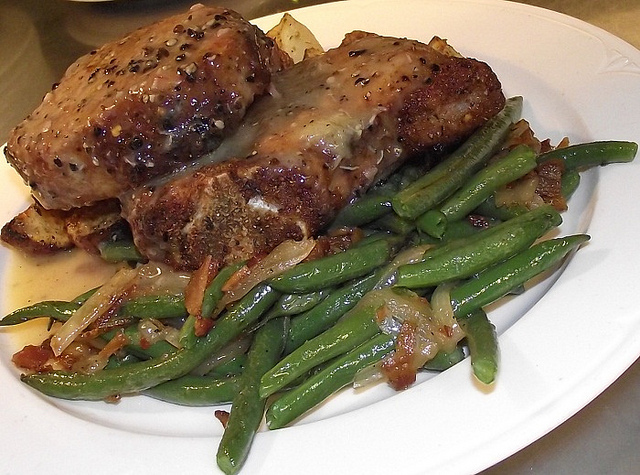 In case, like me, you’re wondering what percorina is, it’s a cheese similar to Romano that is made from sheep’s milk. Freshly grated Romano cheese can be used instead, but the American version is made from cow’s milk. If you know of somewhere in the states where we can buy genuine Italian cheeses, please leave a comment.
Sides for the chops include:
String Beans and Potatoes
1 medium Idaho potato, or Yukon Gold potato (about 6 ounces)
1/2 pound fresh string beans, trimmed
2 tablespoons extra-virgin olive oil, plus more for drizzling over the cooked vegetables
2 garlic cloves, peeled and sliced
salt
freshly ground pepper 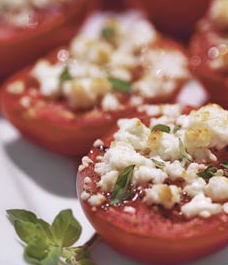 This recipe was found on My Recipes, but I’ve cut it down to two servings.

And whether you’re a shepherd, pig raiser, cowboy or Indian Chief….Buon Appetito!