The Land of Downton Abbey – Day 1 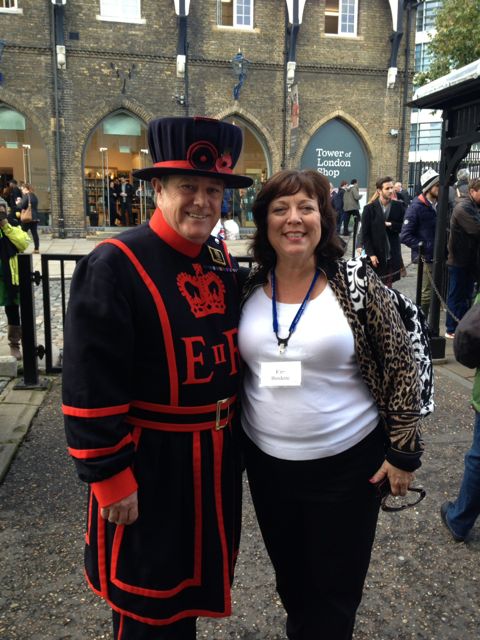 The excitement I felt once our group had passed through all the different cues inside Heathrow International Airport that led out the door to London was almost tangible. My traveling companions included Charlotte (my mom in love), Peggy (our dear family friend), Paul both of their and now my dear friend), Trudy (my sister in love) and my dear friend, Wilma.

The flight was overnight and a bit weary, but not without it’s humor. Paul watched “Bridesmaids” on the way over and I kept getting tickled as I watched over his shoulder at all the funny parts of the movie. It is always funny to hear someone laughing hysterically with headphones in their ears! Paul, who has the most incredible sense of humor, kept us laughing from the flight over until the last morning. I will be sharing some of his much loved southern phrases as I remember them, for the next several days.

During the flight, those of us who had never travelled internationally were surprised to find that in addition to our passports, a Border Force Landing Card had to be filled out in order to be admitted into the country.  Funny, we (Me) thought we had all finally filled it out properly the second time, when we noticed that at the top it said, “Please Print in Capitals.” So…. Wilma who had already been to the flight attendant twice for new forms; goes off to bring back a whole new stack of cards to be sure the form-filling-out-challenged-group from Alabama would be amongst the “Welcome-to-England” caravan and not the stuck-in-Customs-or-Security chucked out Alabamians. We all had a good laugh at our pile of trashed forms to hand back to the attendant when they came round.

Our travel agency was Collette Vacations booked through APT and the tour was called “British Landscapes,” advertised as the “Land of Downton Abbey.”  Above, our Tour Manager, Brian McCormick was getting us prepared for London. Without further ado, let me just say that Brian and our bus driver, Ray, were top-notch professionals and did an excellent job of trying to keep 42 people safe, on-time and happy – not an easy job!

We arrived at our first of five hotels early morning on November 8th and had most of the day to tour London on our own.  Our little group of 5 (Charlotte, Peggy, Paul, Trudy, and me)  chose to tour the Tower of London and see the Crown Jewels. Wilma had seen it before, so she took the time to rest after our long, overnight flight and possibly all her trips up and down the aisles for new forms.

The Tower of London didn’t disappoint. The crown jewels (which of course we couldn’t photograph) were magnificent, as were the grounds and buildings.

After the Tower of London, we attempted to get in to the pub that Brian had recommended, but it was too crowded and there were no seats. After our long plane ride, tour through the Tower and a mist of rain that started, we moved on.  But not without, a picture to be sure we remembered it for “next time.”

We loved the name, but ended up having champagne in a little pub, called All Bar One, just to celebrate our arrival in the “mother country.” That was my feeling throughout the trip… No… not that I wanted to be “Hung Drawn and Quartered,” but this…

If New York City is Hometown, USA to this traveler, then the United Kingdom must be Home-country to the western hemisphere. Yes, I know we revolted, had a tea party and declared our independence, but I felt at home. I loved every cobblestone, centuries-old building, thatched-roof home, pasture filled with sheep, cathedral, palace and pub. I know I won’t do it justice, but please come back as I try to share with you, the trip of my lifetime – so far.