A Weekend to Remember

I was with Victor Spahn and his lovely wife, Elizabeth last weekend in New Orleans. It is a weekend that 007 and I will never forget. We were invited to an art auction hosted by Park West Galleries out of Michigan and we had an absolute blast! We’d never been to one of their “land” events, but started our art collecting aboard our Princess Cruise to Alaska.

We had no idea what to expect, but when we received the invitation to meet famed artist such as Peter Max, Victor Spahn and Romero Britto, we could not resist. It was a pleasure to meet them all. We had our picture made with Peter Max, received a personally autographed copy of his book, The Universe of Peter Max, enjoyed an inspiring talk with Romero Britto and then…. there was Victor.

Victor Spahn is the illustrious painter of movement. In every one of his paintings up for bid that weekend, I felt as if I were an active participant in each scene. I could almost feel the spray of the ocean from speeding sailboats, felt I needed to step out of the way of racing horses or wipe my tears after a thrilling performance by a single ballet dancer. Each work of art comes the closest to real life on canvas of any I’ve seen in my lifetime.

I am extremely blessed to have met the man behind the motion. He has profoundly affected my love of art and how I want to collect from here forward. His vibrant personality and enjoyment of days comes through so clearly in his work. He almost seemed to bounce around the room as he warmly and sincerely greeted each of his collectors. 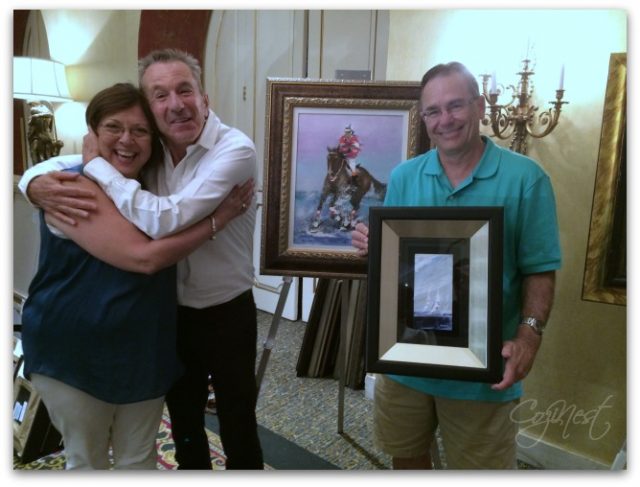 Born in Paris, Victor Spahn is a second generation Russian. He began his career in mosaics and now brings motion to his paintings with both palette knife and brush. His paintings have been on exhibition across the globe with the President of France being just one of his many collectors.

The government of France also named a housing community after him. 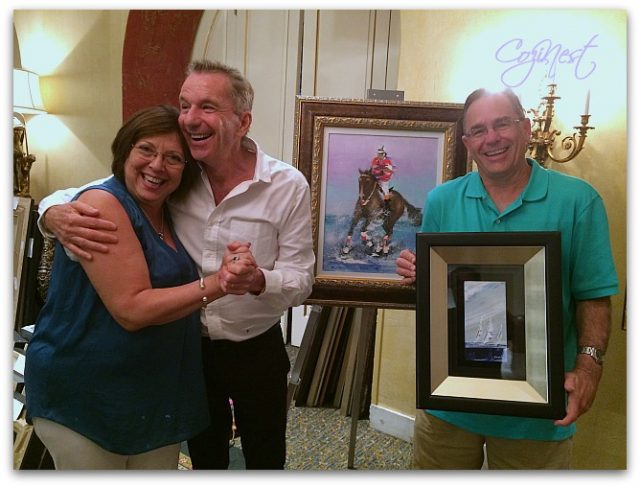 There was one painting up for bid that I have not forgotten. It was the view from his studio window. While I dream of someday visiting France, I can’t imagine the sheer joy of walking around in the place where this man creates such energy. I imagine blank canvases propped on easels and paints in tubes, jars, and on palettes. Brushes everywhere. And looking over his shoulder is another work of art… his beautiful wife, Elizabeth.

She sat across the aisle from us and I was most definitely her secret admirer over the weekend. She carried herself with such grace and dignity. She would smile so demurely each time Victor was applauded and seemed so proud during his standing ovation. She was exactly what I imagined a French lady to be.

I admired her fashion and especially one dress that was just so French! I’ve seen several in pictures from the runways of Paris, Milan and New York, but I’ve not seen anyone wearing one in person. While fringed jeans and tops have been in style for a couple of seasons here, I’d not seen unhemmed dresses in the US yet, and definitely not in the South. We are always a year or two behind the runways. I so wish I had gotten a picture of it to share with you. But, I have something even better. 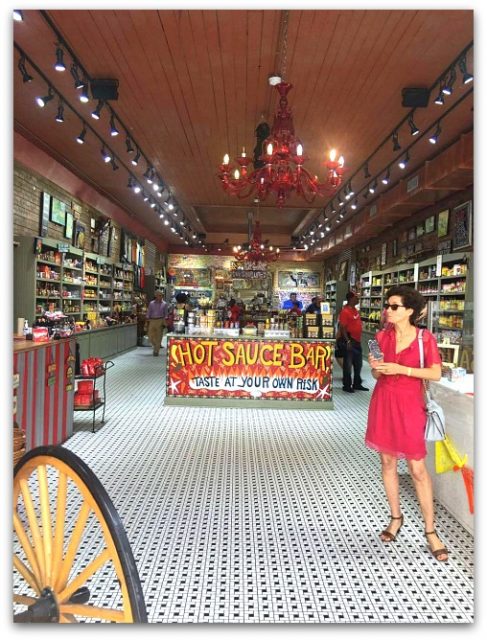 Victor Spahn shared these New Orleans shots with me. 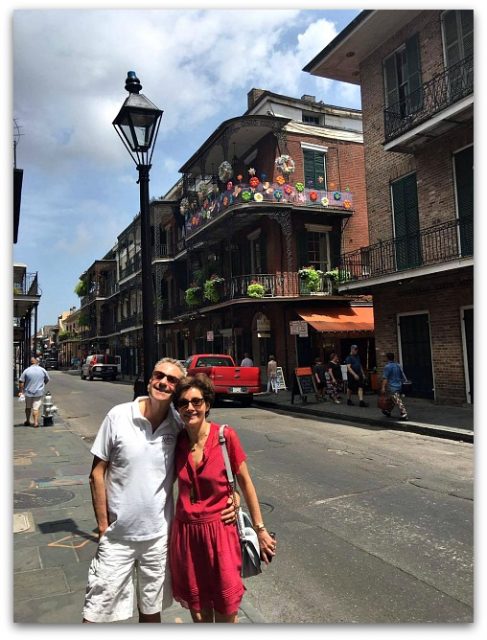 The Woman Beside the Man

I couldn’t help but wonder while looking at these photos, if the French Quarter lived up to its namesake. What did these two think of New Orleans? Did they hear the pride resounding from the French-Cajun dialect? Was this home away from home or was the heat so exhausting that they slept all the way across the Atlantic? And most importantly, did Victor “frame” any scenes from this weekend that we might see on canvas in the near future? Might we see street musicians playing their instruments or the Natchez Steamboat paddling down the great Mississippi? And if I ever have the privilege to visit Paris, will I find the lovely Elizabeth adorning the walls of a museum?

Inspire Me Monday,  Tickle My Tastebuds,  Wow Us Wednesday,